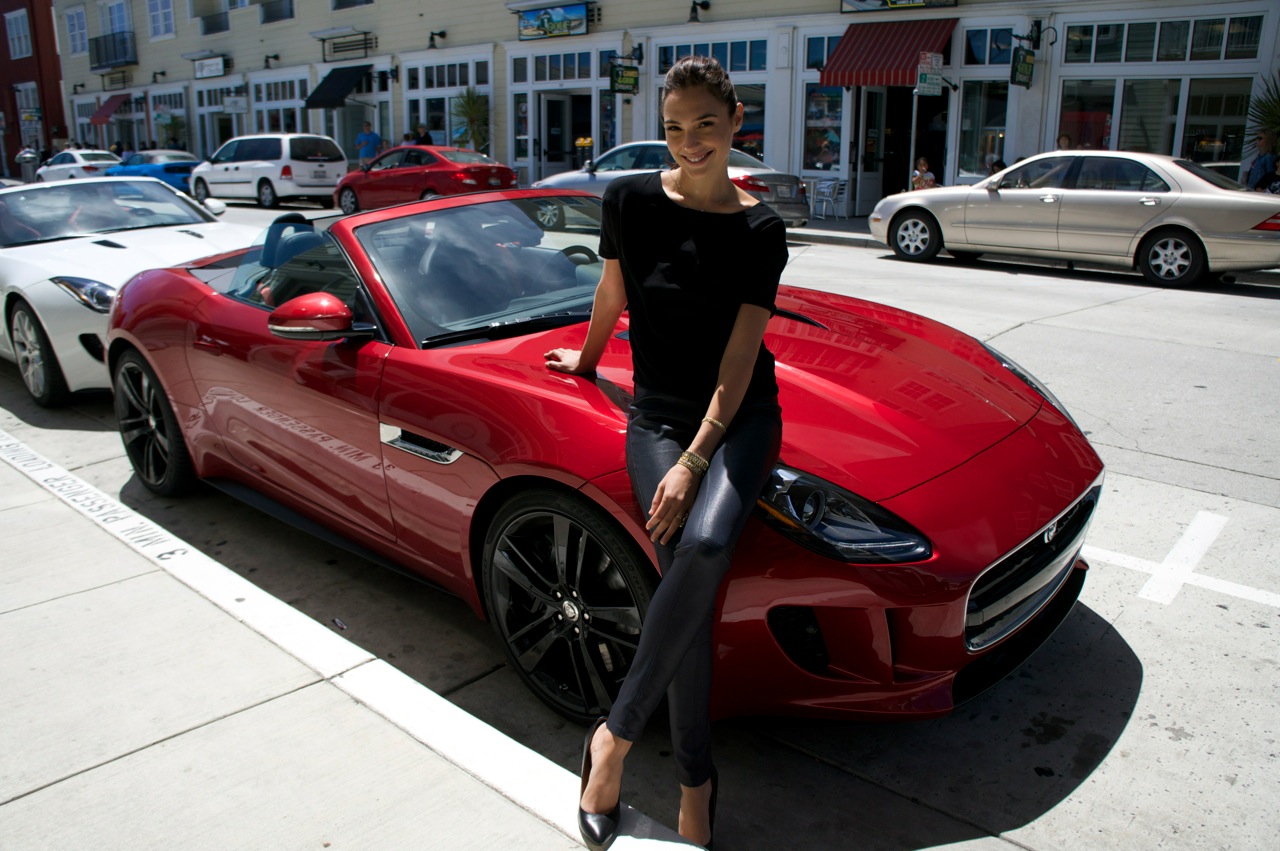 Fast cars and pretty girls go hand in hand. The highly successful Fast & Furious movie franchise has been a perfect example of just that. Over the years, producers updated the original cast with a number of new characters, one of which was Gisele Harabo played by the Israeli model slash actress Gal Gadot.

Gal Gadot made her way to stardom through a number of movie roles, preceded by her winning the 2004 Miss Israel contest. Before she played Gisele in the three Fast & Furious movies, she took part in two better known movie projects – Date Night, and Day & Knight. Prior to that, Gadot has had smaller roles in domestic Israeli TV shows. One of her more recent movie roles was in Kicking Out Shoshana. Her upcoming projects are quite highly anticipated as she has been contracted by Warner Bros. for the role of Wonder Woman in three comic book based blockbusters, still in the making. Comic book fans are somewhat iffy as to whether or not Gadot will fit the part of Wonder Woman, but her Hollywood experience so far should make things easier for her in the three new productions.

On the set of the Fast & Furious movies, Gadot had the chance to work with world class actors, directors and crew, which she says has been one of the most fun and exciting experiences in her life so far. Gadot says she enjoys working with the Fast & Furious crew and cast because they are absolutely professional in everything they do, and their work is on a whole new level, as compared to what she has done so far back home in Israel. Gadot also says she got along with the cast real well, and that now they are one big, happy family. Vin Diesel, being one of the main actors on set, and perhaps the main character in the franchise has taken Gal under his wing and has helped her immensely throughout making the films. Gal says Vin Diesel is a great person both on and off the set, and that they have become good friends while making the F & F movies. Every time she goes to LA with her family, she stays at Diesel’s place where she feels like being home in another place.

Gal Gadot says the first appearance in Fast & Furious 4 was the hardest for her, because she was still learning the ropes, getting to know the crew and cast etc. However, she found the movie crew and cast to be friendly, helpful and experienced, which made her job much easier. Gradually, the young actress became an inseparable part of the team and enjoyed her work more and more with each day. Gal says she felt much more relaxed and comfortable after her first F & F movie, thanks to the help and support she got from the team.

Gadot says there were big expectations for her by director Justin Lin. Gal says the director was looking to top off the previous film with the new one, and wanted everything to be perfect. The actress says the whole crew was under pressure in order to make not only a good action movie, but an iconic action movie. Gadot was willing to put in the hard yards, and she did. Although there were huge, complex action sequences throughout the film, Gadot says everything was coordinated and orchestrated perfectly by director Justin Lin.

Gal Gadot, believe it or not, does her own stunts. In the fourth instalment of the Fast & Furious films, where her character Gisele appeared for the first time, action and stunts were aplenty. In the fifth and sixth movie, Gal had even more complex and thrilling stunts to film yet she chose to do her own stunts without a double. The actress says she enjoyed every minute of it, because she loves the adrenalin rush that comes with shooting these scenes. Gal actually said to friends one time – ‘If there is a sixth movie to be made, there will be even more action in it, and I would love to do my own stunts again’ – Director Justin Lin was happy to oblige. Gadot says she loves making action sequences, because, quote: ‘you get to do crazy, amazing things that you would never be able to do in real life’. Such a thrill packed movie making adventure, comes at a price though. There were lots of bumps and bruises the actress says, but she kept up the good work and endured the pain. When she got back home to Israel, her husband was quite worried that something bad had happened to her, as she was bruised all over. Though Gal says it was a small price to pay, for taking part in such a hugely successful action movie.

Gadot says working on the set of such a macho, aggressive movie has also been a good experience. She wasn’t sure what sort of people, these huge muscly men were, though she didn’t feel intimidated in any way. As it turned out she says, the guys were great and looked after her, and the rest of the female cast. Gal says we felt like we had older brothers which took care of us from start to end. The actress thinks that the F & F movies are so successful and loved because they not only take the viewer on a thrilling, action packed journey, but the cast has also got amazing chemistry amongst them which fuses everything together.

Gal Gadot has always been a fan of high speed road machines, though she didn’t really make a difference between this car and that car. After taking part in the Fast & Furious movies, Gal says she now knows lots more about fast cars and enjoys putting those potent vehicles through their paces. At the moment, the actress owns a high powered Ducati motorcycle, though she is very, very careful with it, as being on the road in real life is a whole different story.