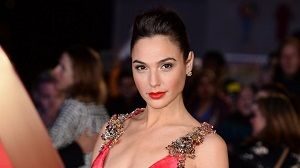 This news has been speculating for the past year or so – but the truth has finally come out. Gal Gadot will play the role of the Jewish actress Hedy Lamarr in the upcoming Showtime limited series.

The series will be about the story of her life. As many know, not only was she a famous actress but she was an inventor of something that plays a very important role in World War II – a radio guidance system. Later, this invention was used for Bluetooth and WiFi.

Many refer to the iconic Hery as the ‘‘Jewish wonder woman’’ so Gal is the perfect match to play her.

More about Hery’s invention during the Second World War

Hery is more than just a beauty that was successful in Hollywood. She was a huge inventor.

Alongside with a friend of hers, the composer George Antheil, created a secret communications system. This invention prevented the Nazis from intercepting Allied transmissions. She has always said that inventions like these are easy for her to do and that ideas come to her naturally without her having to think about them too much.

This invention is very important in modern days. It was used in the making of cellphones, Bluetooth, GPS, and WiFi. Can you imagine a life without these things? Well, without Hery we probably won’t have these things the same way that we have them today.

Hery Lamarr is the first-ever woman to receive the ‘‘BULBIE Gnass Spirit of Achievement Award’’. This is a huge achievement for everyone that has invented something – I can compare it to the Oscars for the singers and the Grammy’s for the actors.

Gadot will be extremely involved in the whole series. In fact, the whole Varsano family will be involved. Both her and her husband, Yaron Varsano, will be executive producers of this project.