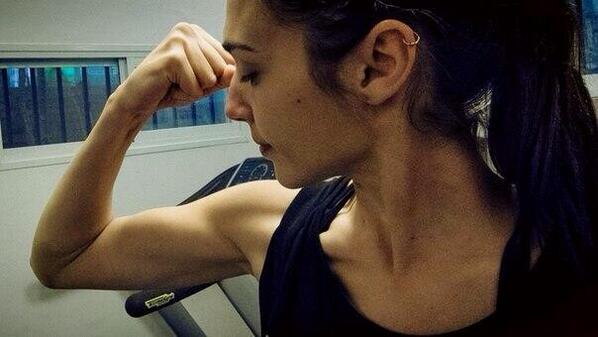 For years and years and years DC comic book fans have been begging the filmmaking studios to make a Wonder Woman movie. Wonder Woman was the first high profile female comic book hero. Many comic book aficionados describe the heroine as the greatest female comic book character of all time. So it is perfectly understandable that people wanted to see a movie where a beautiful, smart and independent woman is fighting evil, after watching numerous movies on the same topic that had male superheroes.

This summer after all these years Warner Bros. announced that they had at last found the perfect actress for the role and therefore Wonder Woman will make her long waited debut on the big screen. The heroine will appear in the Batman vs Superman movie and will be played by the beautiful and highly talented Israeli actress Gal Gadot. Gal Gadot is the same actress that played the role of Gisele Harabo in the last three movies from the fast and furious series.

The Israeli actress signed a three movie contact, meaning that Wonder Woman won’t only appear in Batman vs Superman but in a Justice League movie and standalone movie as well. The news of Gal Gadot’s casting for the role was met with mix emotions by the audience and film critics. While some claimed that the actress was too green to play such a high profile role, others countered that her performance in the Fast and Furious movies proved that she is not only ready but ideal for the role of Wonder Woman.

The actress herself shared in numerous interviews that she was very surprised by the fact that she received the role but that also she felt ready for it. She even added that she was very excited to play the role of a comic book character that is adored by so many people from all over the world. The fact that Gadot was cast to play alongside highly reputed actors such as Ben Affleck, Henry Cavill, Jeremy Irons and so on, speaks gravely about the actress’s talent and her ability to put on a solid performance which will add to her Hollywood success and make her one of the most successful Israeli actors in the world.

An interesting fact about Gadot is that she has served in the Israeli army and therefore won’t have any trouble playing a character that has exquisite fighting abilities. A testament to this statement is the fact that she didn’t have any hard time handling a gun and fighting strong men in the Fast and Furious movies. Also Gal Gadot is an actress that likes to do her own stunts, so in many ways she can be considered a real life Wonder Woman that can indeed fight for justice and protect the weak.

Other upcoming movies in which the Israeli actress will play a role are Triple Nine, where she will play alongside Academy Award Winner Kate Winslet, Aaron Paul, Chiwetel Ejiofor, and Micheal B. Jordan and the Israeli movie Kicking Out Shoshana where she will partner Rotem Keinan and Oshri Cohen among others.