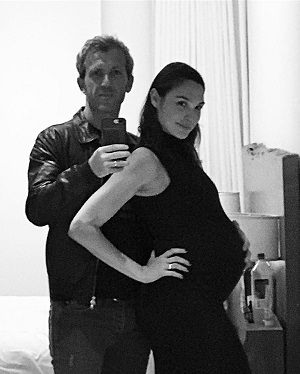 We all know so much about the beautiful Gal Gadot but it seems like not many know anything about her family. Did you know that she is married? Did you know she has two kids? Yes, her husband is extremely successful just like her.
His name is Yaron Varsano. He is from Israel, just like her. He is a real estate developer there.
He was born on the 28th of June, 1975 in Tel Aviv and he currently lives there. He went to the International School of Amsterdam. He also graduated from the New York Institute of Technology in 2000.
Yaron also has a brother, Guy Varsano. He was born on the 20th of December, 1967, studied law at the University of Reading. He currently has a business.
Guy is married to Liz Varsano Zigdon who is the owner of Varsano Roth advertising.

Gal and Yaron first met in a party in the Israeli desert. The theme of this party – healthy eating and yoga.
He is 10 years older than her.
The proposal was two years after their first date. By 2008, they were already married.
It seems like he is very supportive of his wife since he often goes with her to award shows, movie premieres.

They have two daughters – Alma Varsano and Maya Varsano.
Alma was born in November 2011, Maya was born in March 2017 in Los Angeles, California.

As I previously said, he is a real estate developer – a very successful one. In 2015, he managed to sell the Varsano Hotel in Tel Aviv (previously owned by him and his brother, Guy.) to a Russian billionaire for $26.0 million.
Yes, you heard that right – he owned the Varsano hotel. The idea was born when Gal shot the movie Fast Five and had to travel back and forth to Israel and the U.S. They were always staying in hotels and discovered apartments in a hotel in Los Angeles which sparked the idea for Yaron to own a hotel himself.
There are so many things that need to be taken care of – hiring and training of the staff, assuring they are friendly and helpful to clients, the quality of food in the restaurant, the hygiene and clean environment in the hotel, the maintenance of the garden, the pool, and much more.
‘‘Owning a hotel is a huge responsibility and is definitely not easy because of everything that needs to happen behind the scenes in order for things to go smoothly’’ says the team at Monster Cleaning (a London based cleaning company that works with many well known and loved hotels).

Is she pregnant with their third child?

As many know, she was so good at covering her second pregnancy with her beautiful daughter Maya. She was shooting Wonder Women and she managed to hide her pregnancy even from her team for a long period of time. She did amazingly in hiding her morning sickness and other pregnancy symptoms that are almost impossible to cover up. When her bump grew – that’s when the team found out. Did you know what they did? Because they were in the middle of filming such a huge project they cut out the bump in her costume and covered it with green material (yes, her bump was a green screen).
There are constant speculations around female celebrities and how they are pregnant. But is Gal Gadot’s one real? Since she is an expert at covering it – we can only hope it’s real and wait for her confirmation on the subject. Imagine a third daughter that will have Gal’s beautiful features? Or maybe a baby boy? Time will tell.